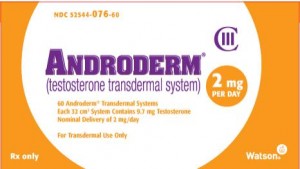 Low-T is an endocrine disorder that typically results in a severe testosterone deficiency known as hypogonadism.  Symptoms of this typically include fatigue, low libido and loss of energy.  Testosterone therapy is intended to increase the production of red blood cells.  This in turn boosts energy and libido in men.

Testosterone therapy has been approved only for men with this disorder.  Doctors are supposed to perform a blood test to determine if a man has hypogonadism before prescribing this type of therapy.  Studies have found that almost a quarter of the men prescribed testosterone therapy do not have their levels tested before starting therapy.

The New York Times is reporting in an article published on January 29, 2014, that a new large study has found that “prescription testosterone raised the risk of heart attacks in older men and in middle-aged men with a history of heart disease, prompting some experts on Wednesday to call for more extensive warning labels on the drugs.”

The study, which appeared in the journal PLoS ONE and was funded by the National Institute of Health, followed 56,000 older and middle-aged men around the country who were prescribed testosterone between 2008 and 2010.  The study looked at the rate of heart attacks in the year before the patients received the prescription and then the three months after.  The study found that men 65 and older had double the rate of heart attacks in the months after starting the drug.  The same was true for men younger than 65 who had a previous diagnosis of heart disease.  The study did not find any evidence of a greater risk of heart attack in younger men without a history of heart problems.

Generally, the concern is that the increase in red blood cells, especially in men with 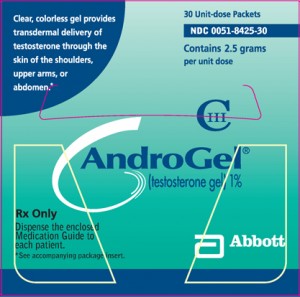 narrowed arteries because of aging and disease, may be hazardous to their health.  According to the New York Times, the labeling for the drugs does not mention an increased risk for heart attacks or strokes, nor is this referenced in advertising materials.

Dr. Peter Snyder of the University of Pennsylvania School of Medicine said, “We don’t know if these findings apply to men who have low testosterone and meet the criteria for a prescription, or if it applies only to men who have normal levels [of testosterone] and then take testosterone in addition.”  Dr. Snyder noted that it is plausible that testosterone might protect against heart disease, in part by reducing body fat and improving blood sugar metabolism in men.  But, he cautioned that the sharp rise in prescriptions for testosterone therapy was an indication that men who did not need testosterone therapy were being prescribed it – “in those cases, there is not medical reason for it and that runs counter to all guidelines for physicians.”

If you or a loved one has experienced a heart attack or stroke while taking testosterone therapy, contact the Law Offices of John David Hart at 800-247-1623 or johnhart@hartlaw.com to discuss your legal rights.  We are experienced in helping individuals and families deal with the devastating effects of dangerous drugs on the lives and health of those involved and are dedicated to helping you during this difficult time.