On November 20, 2013, the National Highway Traffic Safety Administration (NHTSA) announced the agency’s issuance of a final rule that requires new motorcoaches and other types of large buses come equipped with passenger and driver seat belts. The rule, which will take full effect in November 2016, aims to decrease the risk of serious injury and fatality among passengers and drivers of large buses by increasing the safety of occupants in these types of vehicles.

What types of vehicles will be affected by this new rule?

The NHTSA’s final rule requires shoulder and lap seat belts be implemented in new motorcoaches.  The types of vehicles affected by the new rule include new buses that have a gross vehicle weight rating (GVWR) greater than 26,000 pounds and new over-the-road buses. The final rule does not apply to school buses and transit buses. 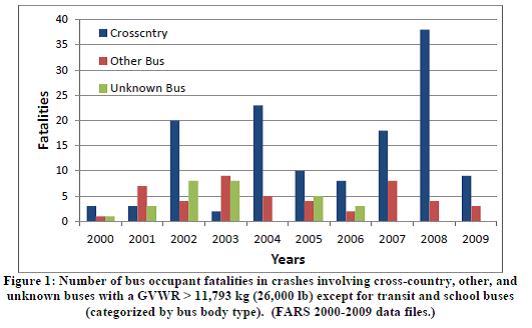 The number of bus occupant fatalities has continued to increase over the years, with the highest number occurring in 2008. The NHTSA seeks to address this growing safety concern by requiring the use of seat belts in motorcoaches.

Why is this new rule being implemented?

The reasoning behind the agency’s decision to implement the new rule requiring passenger and driver seat belts in new motorcoaches is three-fold: 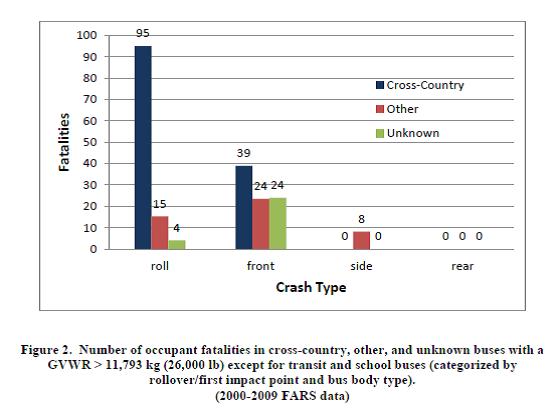 Alarmingly, the highest number of occupant fatalities involving large buses occurs when there is a rollover of the vehicle. The NHTSA seeks to address this concern through the implementation of the new rule requiring seat belts in large buses.

What do the statistics say about motorcoach accidents?