Pradaxa is used to prevent strokes in patients who suffer from atrial fibrillation, a heart-rhythm disorder.  It was approved by the Food and Drug Administration (“FDA”) in 2010.  Unlike other blood-thinners such as Warfarin, Pradaxa doesn’t have a way to counteract excessive bleeding.  The drug does not have an antidote to reverse its anti-clotting effects and this lack of a reversal agent can put patients at risk for life-threatening and fatal bleeding.  1,400 patients allegedly bled to death as a result of taking Pradaxa between October 2010 and October 2013.

After receiving adverse events reports regarding the drug, the FDA began a review to assess the safety of Pradaxa.  They asked Boehringer Ingelheim GmbH, the manufacturer of Pradaxa, to compare fatal bleeding reports received by the FDA against the number of patients using the drug in order to establish a death rate.  The results would assist the FDA in evaluating the need for modifications to the Pradaxa label or for future studies.

According to an article recently published by Bloomberg, the report Boehringer sent to the 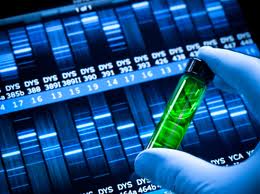 FDA contained only the analysis that showed the lower death rate and failed disclose the results of the second study that showed a higher death rate.  According to a company spokeswoman, Marjorie Moeling, “Boehringer gave the FDA the underlying data and provided an analysis using what the drugmaker considered to be the most appropriate comparison.” She further stated that “the company is completely confident that all of the facts will show that Boehringer Ingelheim acted appropriately and responsibly.”

The withholding of information has raised concerns about drugmakers being allowed to select the safety information they share with the FDA.   If valuable information is withheld, the FDA cannot fully evaluate the safety and effectiveness of medications before they are made available to consumers.

Boehringer faces more than 2,000 lawsuits involving Pradaxa.  The cases filed in federal courts have been consolidated before U.S. District Judge David Herndon in the Southern District of Illinois.  Judge Herndon recently ordered Boehringer to pay nearly $1 million in fines for withholding or failing to preserve files about Pradaxa’s development and marketing.  According to court documents, the first Pradaxa case is set for trial in August, 2014.