On November 25, 2013 and November 26, 2013, the New York Times published a series of articles regarding a recent lawsuit filed by ten former National Hockey League (NHL) players against the league. In this lawsuit, the former athletes allege the organization “knew and should have been aware” of the consequences of hits to the head, but “took no remedial action to prevent its players from unnecessary harm.” The lawsuit comes after a $765 million settlement was reached by the National Football League (NFL) with former players in a similar contention regarding head trauma. The recent NFL settlement and NHL lawsuit emphasize the need for sports leagues to undertake greater steps to ensure the safety of their players.

Earlier in 2013, the NFL reached a settlement with over 4,000 former players regarding lawsuits that alleged the league knew of head trauma dangers but failed to take the proper steps to protect its players. These cases were filed across the country and were consolidated in federal court in Philadelphia. The proposed settlement must still be approved by former NFL players involved in the litigation. 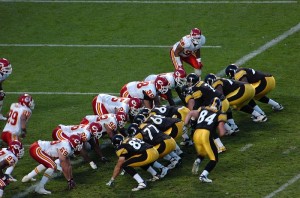 A few months after the NFL settlement was reached, ten former NHL players filed a similar lawsuit on November 25, 2013 in the United District Court for the District of Columbia. The lawsuit was filed by ten former players who played in the NHL in the 70’s, 80’s and 90’s. These players include Richard Vaive, a former hockey star and Darren Banks, a former enforcer. 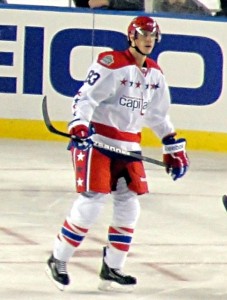 The lawsuit alleges negligence and fraud, indicating that the NHL knew of dangers associated with head hits but did nothing to protect its players. Furthermore, the lawsuit claims that the NHL encouraged a culture of violence amongst its players, leading to further head injuries in the sport. Although the NHL implemented a research program in 1997 to study brain injuries, the lawsuit alleges that the league did not take steps to reduce the number of concussions amongst players until 2010, when it changed its rules on body checking, a commonly used defensive tactic in hockey.

Both the multi-million dollar NFL settlement and the recent NHL lawsuit clearly show that further steps must be taken to protect the safety of professional athletes in all sports. Head trauma not only leads to present-day problems, such as concussions, but can also affect athletes long after they have stopped playing. Long-term problems can include cognitive issues and debilitating head injuries. An unfortunate example can be seen in the recent death of Derek Boogaard, a former NHL player who passed away from an alcohol and prescription overdose in 2011. After his death, he was found to have suffered from chronic traumatic encephalopathy (C.T.E.), a brain disease that may be caused by repeated head hits.