On August 21, 2013, Judge Robert L. Miller, Jr., the Judge presiding over the consolidated litigation in federal court regarding the Biomet M2a Magnum, rejected Biomet’s preemption argument to obtain dismissal of a lawsuit filed by Leslie and Allison Caccia. 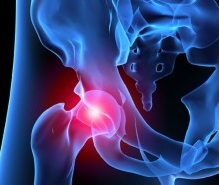 Biomet argued that the case should be dismissed because one of the hip resurfacing components implanted in Plaintiff was initially approved by the FDA under the Investigational Device Exemption (“IDE”) process to be part of a clinical investigation to assess the safety and effectiveness of the system.   The Plaintiff wasn’t part of the IDE study but Biomet argued that his claims should still be barred.  The Judge noted that approval of an investigational device does not amount to FDA approval to market the device to the general public.  The parties therefore agreed that since Plaintiff was not part of the IDE, it would be a reasonable inference that the components used in Plaintiffs’ resurfacing surgeries were available to his doctor via 510(k) approval.

The FDA approves medical products under two processes.  The pre-market approval process requires the company sponsoring the product to conduct clinical trials and provide more detailed application information to the FDA regarding the efficacy and safety of the product.  The second approval process is called a 510(k) approval.  This method allows a company to seek approval to market and sell a product by indicating to the FDA that the new product is “substantially equivalent” in safety and efficacy to a product that is already on the market.

IDE Status for Device did not Exempt from Liability

Judge Robert Miller noted in his Opinion and Order: “I’m not persuaded that a manufacturer that obtains IDE status for a device to be used in a controlled investigational setting is, during the time the study is being conducted, exempt from liability for use of that device outside the clinical trial.”