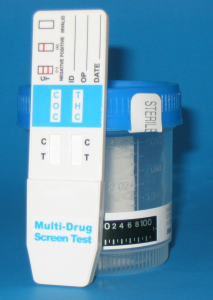 Nothing was done by Congress regarding the report until 2010 when legislation was introduced mandating the creation of a national clearinghouse for drug and alcohol tests and screenings.  The clearinghouse was to maintain positive drug and alcohol tests from any stage of employment.  In addition, the legislation mandated that any company hiring a commercial truck driver, who was subject to the Federal Motor Carrier Safety Regulations, must check the database before hiring the driver.  The legislation, though, did not pass.

In 2012, the legislation was re-introduced and was included by Congress in the transportation reauthorization bill – Moving Ahead for Progress in the 21st Century (MAP-21).  MAP-21 was passed by Congress setting the table for the creation of the clearinghouse.

What the New Rule Proposes and How it Will Work

The provision for the clearinghouse as it was enacted through MAP-21 requires the FMCSA to establish the database by October 1, 2014 to store and catalog positive drug or alcohol tests as well as refusals by truck drivers to take a drug or alcohol test.  The legislation also requires the FMCSA to establish protocols for managing and protecting the privacy of the information as well as setting up a secure process for accessing the data.

Once the database is established, companies will be required to report to the clearinghouse any positive drug or alcohol tests as well as any refusals to test by drivers.  In addition, Medical Review Officers, Substance Abuse Professionals and private third-party US Department of Transportation (USDOT) drug and alcohol testing laboratories would be required to report failed drug and/or alcohol tests, refusals to submit to testing and when a driver has successfully completed a substance abuse program and is legally qualified to return to duty.

Private third party USDOT drug and alcohol testing centers would also be required to submit annual summaries of information which would help the FMCSA identify companies that do not have a testing program in place.

As part of the proposed rule, any company hiring a new driver will be required to search and review the database for positive tests or refusals to test.  The drivers would need to provide consent to the company to search the database, but a refusal to provide consent would prevent the driver from being hired for a safety-sensitive position, such as driving a truck.

The trucking companies will also be required to complete annual checks of the database for each CDL driver that it employs.

US Transportation Secretary Anthony Foxx summed the new rule up by stating, “Safety is our highest priority, and we will continue to embrace new tools and opportunities that protect the travelers on our nation’s road.  [This] proposal will help ensure dangerous drivers stay off the road, while encouraging the employment of the many safe drivers who follow our drug and alcohol requirements.”

Click here to see the announcement by the FMCSA of this proposed rule.