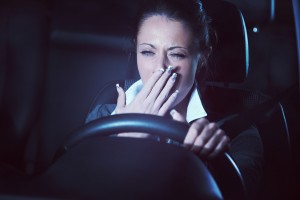 The National Transportation Safety Board (NTSB) has identified reducing fatigue -related accidents as one of the goals for safety improvements for 2016.

As noted by the NTSB, human fatigue is a serious issue affecting the safety of the traveling public and all modes of transportation. The NTSB indicated that nearly 20% of the 182 major NTSB investigations between January 1, 2001 and December 31, 2012, identified fatigue as a probable cause, contributing factor or a finding.

Human fatigue can be caused by poor sleep and health management. It also leads to other human factors issues such as poor judgment, poor decision-making, slowed reaction times and diminished situational awareness and control. It also affects a person’s ability to stay awake alert and attentive. Fatigue even affects our ability to assess and evaluate how fatigued we really are.

Who is affected by this?  Everyone. The traveling public could be at risk at any time because their vehicle operator – or the operator of another vehicle – may be fatigued and unable to operate their vehicle safely.      This could include 18 wheel truck drivers, bus drivers, automobile drivers, airline pilots, train engineers and ship captains. The NTSB also noted other safety critical workers such as air traffic controllers, train dispatchers and maintenance workers can affect transportation safety if they are fatigued while performing their work.

The NTSB has issued more than 200 safety recommendations addressing fatigue-related problems in transportation. It has focused on a comprehensive approach addressing research, education and training, technologies, treatment of sleep disorders, hours of service regulations and on and off duty scheduling policies and practices.

The NTSB specifically noted, “ All interstate commercial vehicle carriers should equip their vehicles with electronic logging devices that collect data on driver’s hours of service in a valid, accurate, and secure manner to enable the carriers and their regulators to monitor and assess hours of service compliance.”

The NTSB reported that sleep experts say, most adults need between 7 and 9 hours of sleep each night for optimum performance, health and safety. The safety of the traveling public is critical.  Hopefully research, safety policies, improved technology, and common sense regulation will help reduce fatigue related incidents.