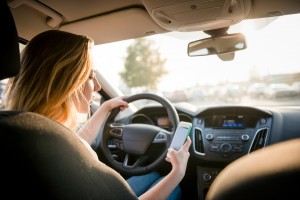 In their annual report, the NTSB takes aim at a number of areas where safety can be improved.  This week, I’m focusing on “Disconnecting from Deadly Distractions.” I thought I would start this article with a few shocking statistics provided by the National Transportation Safety Board (NTSB):

*According to the National Highway Traffic Safety Administration (NHTSA), 3,179 people died in 2014, in vehicle accidents where the driver was distracted. Many of those victims were the drivers themselves. NHTSA reports that drivers engaging in visual-manual tasks, such as dialing or texting, triple their risk of a crash.

*In 2013, the AAA Foundation for Traffic Safety reported that more than two out of three drivers indicated that they talked on a cell phone while driving within the past 30 days. More than one of three drivers admitted to reading a text message or e-mail while driving, and more than one of four drivers admitted to typing or sending a text or e-mail.

*A 2015 report from State Farm revealed a new staggering trend: nearly 30 percent of drivers surveyed admitted to accessing the Internet while driving. That compares to just 13 percent who admitted to surfing the Web while driving in 2009.

The NTSB’s recommendation: “The first step toward removing deadly distractions will be to disconnect from non-mission-critical information.” In other words, please put down your phone!

In December 2012, the NTSB called for a driver ban for all personal electronic devices and has issued similar recommendations for aviation, marine, and rail. 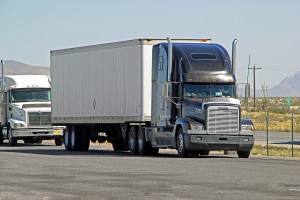 A Federal Motor Carrier Safety Administration (FMCSA) rule effective December 2, 2011, restricts the use of all hand-held mobile devices by drivers of commercial motor vehicles (CMVs). This rulemaking restricts a CMV driver from holding a mobile device to make a call, or dialing by pressing more than a single button. CMV drivers who use a mobile phone while driving can only use a hands-free phone located in close proximity. FMCSR 392.82

As stated by the FMCSA, “research commissioned by FMCSA shows that the odds of being involved in a safety-critical event (e.g., crash, near-crash, unintentional lane deviation) are 6 times greater for CMV drivers who engage in dialing a mobile phone while driving than for those who do not. Dialing drivers took their eyes off the forward roadway for an average of 3.8 seconds. At 55 mph (or 80.7 feet per second), this equates to a driver traveling 306 feet, the approximate length of a football field, without looking at the roadway

In a separate fact sheet published by the FMCSA, the administration indicated that “research commissioned by FMCSA shows the odds of being involved in a safety-critical event (e.g., crash, near-crash, unintentional lane deviation) are 23.2 times greater for CMV drivers who text while driving than for those who do not. Texting drivers took their eyes off the forward roadway for an average of 4.6 seconds. At 55 mph, this equates to a driver traveling 371 feet, or the approximate length of a football field (including the end zones)—without looking at the roadway!”

The public agrees. In June 2014, the National Safety Council reported that 73 percent of drivers think that more enforcement of texting laws is needed. And the AAA Foundation for Traffic Safety reported that 85 percent of Americans think that other drivers who talk on cell phones are a threat to safety.

Despite the fact that this safety information continues to be more widely published, the NTSB highlights that “Public education continues to be important for reaching drivers, operators, and safety-critical personnel about the dangers of distractions.” It also states that “we need to continue to build our technical understanding of distraction arising from auxiliary tasks in regulated transportation, especially as regards new vehicle technologies that require real-time operator attention.”

Checking our phones while driving is such a temptation, whether you’re driving a car or a commercial vehicle. These numbers provide more startling proof that all of us need to stay focused on the task at hand: getting from Point A to Point B safely!