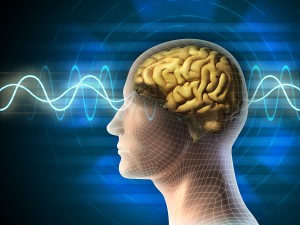 Five years ago, Ian Burkhart did something many of us have done: he dove into a wave at the beach. Tragically, he hit the ocean floor and broke his neck, losing all feeling from the chest down. He was 19 years old. His condition is described medically as quadriplegia.

On Wednesday, doctors announced that Burkhart was able to control his right hand and fingers using technology to bypass the spinal injury. This was not a quick fix.  Two years ago, a chip was implanted in his brain so it could recognize and “learn” the thought patterns of movement. He went through countless hours and days of rehab, training and repetition of thought.   Because this was experimental, there were no guarantees of benefit or improvement.

The technology is known as limb reanimation. The doctors’ study has been published by the journal Nature. According to an excellent New York Times article on this story, this is the first account of limb reanimation in a person with quadriplegia.  As further noted, the new technology is not a cure for paralysis.  At this time, the technology is only available in the lab setting and will require much work before it will provide significant mobile independence.

I hope that this article helps with Ian Burkhart’s request:

“If I could take the thing home, it would give me so much more independence. Now, I’ve got to rely on someone else for so many things, like getting dressed, brushing my teeth — all that. I just want other people to hear about this and know that there’s hope. Something will come around that makes living with this injury better.”

The courage, heart and tenacity of this young man is inspirational.