As reported by Reuters, New York Federal Prosecutors are investigating whether GM – the nation’s largest automaker – may be criminally responsible for failing to disclose model defects prior to the recall initiated last month. The criminal probe is in its “early stages,” according to a source familiar with the investigation.

Other U.S. authorities are also examining the promptness of GM’s recall, including the National Highway Traffic Safety Administration (NHTSA).  On March 4, the Administration sent a 27-page order to GM, requesting production of certain documents relating to the recent recall – under a maximum civil penalty of $35 million for failure to produce.

The defect relates to faulty ignition switches in six GM models: the 2003-2007 Saturn Ion, the 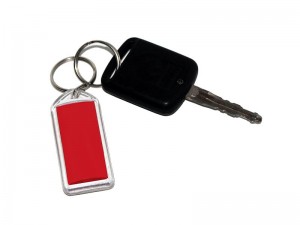 2007 Pontiac G5, the 2007 Chevrolet Cobalt, the 2006-2007 Chevrolet HHR, and the 2006-2007 Pontiac Solstice and Saturn Sky. “In rare cases when a combination of factors is present… a driver can cut power to the engine by inadvertently bumping the ignition key to the accessory or off position while the car is running,” Alan Alder, a spokesman for GM, stated in 2005 after GM sent dealers a technical service bulletin regarding the Chevy Cobalt. The company announced the recall in early February of this year.

When asked for a comment Tuesday regarding the criminal investigation, GM declined.

Any consumers with the above listed models are encouraged to contact GM and its dealers to have their models repaired, free of charge. Further, the company advises customers to “remove non-essential items from their king ring” until corrections are performed on their models.