Last month, General Motors recalled the 2007 Pontiac G5 and Chevrolet Cobalts manufactured from 2005-2007 due to faulty ignition switches – which according to the New York Times caused these models to shut off in cases of “a heavy key ring or a ‘jarring event’ such as running off the road.” The company advised that ignition shut off may prevent air bags from deploying in a crash. Now, the National Highway Traffic Safety Administration (NHTSA) is investigating GM to determine whether a recall for these models should have been issued sooner. 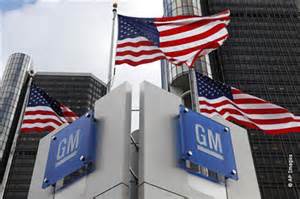 On March 4, the NHTSA sent a 27-page order to GM, requesting the production of papers, letters, memos, pictures, electronic communications, and other documents to answer for the handling of the company’s recent recall. GM faces a maximum of $35 million in civil penalties if the company fails to respond fully or truthfully to the agency’s Special Order.

According to a chronology of events filed by GM on Monday, February 24, the company knew of the ignition defect as early as 2004 – a decade before the company actually issued a recall for these models. “The chronology shows that the process employed to examine the phenomenon was not as robust as it should have been,” said GM North America President Alan Batey. “Today’s GM is committed to doing business differently and better. We will take an unflinching look at what happened and apply lessons learned here to improve going forward.”

In a letter to GM employees on March 4, GM CEO Mary Barra expresses condolences for the recall, but also defends the company’s actions. “Recalls of this size and scope always take time to play out,” Barra said. “While I deeply regret the circumstances that brought us to this point, I appreciate how today’s GM has responded so far.”

Since the initial recall, recent models have been added to GM’s recall list, including the 2003-2007 Saturn Ion, the 2006-2007 Chevrolet HHR, and the 2006-2007 Pontiac Solstice and Saturn Sky. Consumers are encouraged to contact GM and its dealers to have their models repaired, free of charge. Further, the company advises customers to “remove non-essential items from their king ring” until corrections are performed on their models.