The first DePuy ASR bellwether trial in the consolidated California state court litigation was scheduled to begin this month in San Francisco Superior Court before the Honorable Richard Kramer.  Plaintiff, Robert Eugene Ottman, alleged that his DePuy ASR implant failed and lead to a revision surgery to remove the defective device and replace it with another hip implant.   Ottman is represented by the same team of attorneys that obtained an $8 million verdict earlier this year on behalf of the Plaintiff in the lawsuit of Kransky v. DePuy Orthopaedics, Inc., et al. 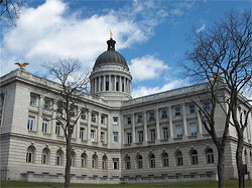 A second DePuy ASR case that was scheduled for trial this month “has been resolved” and taken off the trial docket, according to an Order dated October 8, 2013, by Judge Brian R. Martinotti.  The case brought by Deborah and Kenneth MacDonald was pending in the consolidated litigation in state court in New Jersey.  The Order stated the case had been resolved and that all pending motions and hearings in the matter were cancelled.

These settlements are an interesting development for the thousands of Plaintiffs nationwide who have pending claims against DePuy Orthopedics, Inc. and Johnson & Johnson for their failed metal-on-metal ASR hip implants.  The vast majority of the cases are pending in the federal multi-district litigation (“MDL”) before Judge David Katz in Ohio.  The first bellwether trial in the federal MDL was scheduled in September 2013, but was postponed for 90 days.  No announcement has been made about when the trial will commence.