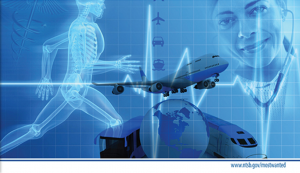 Each year, the National Transportation Safety Board (NTSB) issues their list of areas where safety can be improved. So what does “Medical Fitness for Duty” mean? This may not sound familiar, but essentially, this covers medical certification for public vehicle operators – including commercial pilots, railroad engineers, commercial drivers, and commercial ship captains.

Are there regulations to ensure that safety-critical personnel such as public vehicle operators are medically fit for duty?  Yes, but they can and should be improved.

The topic — “Require Medical Fitness for Duty” — is one of those areas that we sometimes assume is carefully, consistently and comprehensively regulated. Unfortunately, tragic events in transportation prove that we can do better.

According to the NTSB, “it has long been recognized that untreated or undiagnosed medical conditions pose a safety risk to the traveling public. However, medical certification for safety personnel varies across the modes of transportation.”

The positive news is that the NTSB has made recommendations for a comprehensive medical certification system for safety-critical transportation that affects all of us every day. They include reasonable, common sense suggestions to enhance safety.

The NTSB framed the issue well, “The goal is simple: ensure safety-critical professionals are medically fit for duty before they operate a vehicle.”