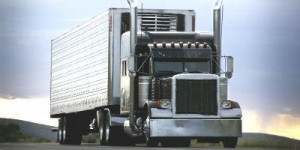 Despite improvements in passenger vehicle safety, nothing can completely protect passengers from the catastrophic effects of a commercial trucking accident.

Commercial trucks include large trucks weighing over 10,000 pounds such as eighteen-wheelers, tractor-trailers, flatbed trucks, heavy trucks and tanker trucks. Each year more commercial trucks crowd onto the nation’s highways. In 2014, there were almost eleven million large trucks registered in the United States.

These are just a few of the important data points from the US Department of Transportation Federal Motor Safety Administration analysis of 2014 data:

Why am I publishing this FMCSA data? This post is meant to bring awareness to the very important topic of roadway safety. This information is not meant to suggest that the truck companies or drivers are responsible for each of the many heavy truck crashes that happened in 2014, or to determine responsibility in each of those instances.

The trucking industry and professional truck drivers are an important part of our economy. Many of those companies and their drivers operate safely and comply with traffic laws and safety regulations. But not all.

I have represented families who have been injured or lost loved ones in eighteen wheel truck crashes for years. These cases demand a detailed analysis of all available facts to evaluate causation and damages.

It is very important to gather as much information as soon as possible in order to determine and prove responsibility. I can assure you that trucking companies and their insurance companies begin to gather critical information immediately after an eighteen wheel truck crash to protect their interests. It is my belief that families should have that same protection if involved in a serious truck crash.

When trucking companies fail to meet their responsibilities, The Law Offices of John David Hart responds by aggressively seeking justice and fair compensation for losses for families and individuals who have been seriously damaged by trucking companies’ negligence and disregard for safety.

We strive to ensure that all those who share the road also share the responsibility for keeping it safe. If you or a loved one has been seriously injured in a trucking accident, please contact me at 1-800-247-1623 or johnhart@hartlaw.com for a free confidential consultation to discuss your legal rights.