During a panel discussion held at the Fleet Forum in Louisville, Kentucky last week, Federal Motor Carrier Safety Administration (FMCSA) Administrator Ann Ferro confirmed the agency’s plans to conduct a split rest pilot study.  The study has been proposed to the Obama administration and the FMCSA is awaiting the necessary approvals to conduct the study.

In December, 2013, the American Trucking Association and the Minnesota Trucking Association asked the FMCSA to conduct a pilot program to study the effects of increased flexibility in sleeper berth use by truck drivers.  The associations asked for an exemption for 200 drivers for two years in order to perform the study. 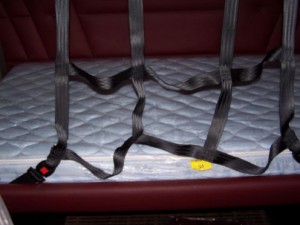 The proposed pilot study would evaluate the safety impacts of allowing split rest in sleeper berths for both solo and team drivers.  Prior to a rule change in 2005, the hours-of-service regulations allowed drivers to split their rest time in the sleeper berth of their truck.  Hours-of-service rule changes in 2005 virtually eliminated a solo driver’s ability to split his or her rest period.

The associations’ proposal would track driver data in a real-world situation for 12 – 18 months.  The study would aim to collect data on: driving behavior that could indicate fatigue, including shifting patterns, speed variability, curve event and lane departures; time to react to stimuli at the beginning and end of work shifts; sleepiness at the beginning and end of shifts; crashes and incidents, tracked by time of day, severity and type of crash; and working/resting activity as measured by electronic driver logs to track how drivers are splitting their off duty time.

In December, the FMCSA indicated that it had already intended to conduct such a study. 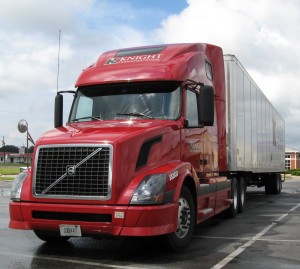 This week, the FMCSA confirmed its intent to conduct such a study and its hope to be able to award a contract regarding the study by the end of 2014.

Ferro commented that the FMCSA is committed to continuing to review its rules to promote safety while maintaining flexibility for drivers.  Administrator Ferro acknowledged that “split sleep could be a better option for drivers operating overnights than what we have today,” but she also stated that “nighttime rest is best, and daytime rest is least recuperative.”

Ferro’s comments come in the wake of mixed reviews over the agency’s recent hours-of-service rule change which requires drivers to take a 34 hour break, including two night periods between the hours of 1 am and 5 am, in order to restart their work week.  Recent studies have shown that nighttime rest is the most recuperative for individuals.  The FMCSA implemented the new rule in an attempt to improve safety and driver attentiveness.