Texas Department of Transportation (TxDOT) is working in conjunction with the Texas Department of Public Safety to spread the word about its safety initiative for drivers in energy work zones.  TxDOT’s initiative, Be Safe. Drive Smart., is specifically focused on all drivers in areas of Texas where oil and gas work has increased in recent years – notably the Eagle Ford Shale and Permian Basin.

Be Safe. Drive Smart. asks drivers to used extra caution when driving in areas that have heavy commercial vehicle traffic from oil and gas field work.  In recent years, energy work has increased in many parts of Texas, including the Eagle Ford Shale, the Barnett Shale and renewed work in the Permian Basin.  These three areas cover a significant portion of the state and the oil and gas field work has increased the commercial motor vehicle traffic in these regions significantly.  Be. Safe. Drive Smart. reminds all drivers to buckle up, drive at a safe speed, pass carefully, always stop at red lights and stop signs and avoid using cell phones while driving.  This is especially important because crashes involving 18-wheel tractor-trailers often result in catastrophic injuries or death to those involved.

Crash report data from TxDOT indicates that there were over 4,100 fatal or serious injury crashes and another 320 traffic fatalities in the Permian Basin region in 2012.  This was a 27% increase over roadway fatalities in 2011 in the same region.  A review of the crash data also indicates that the leading cause of the events was failure to control speed and driver inattention, two areas that TxDOT is focusing on with all drivers through its Be Safe. Drive Smart. initiative.

In addition, as of November 7, 2013, Texas has had a fatal crash on its roadways every day for 13 years.  In that time, over 45,000 deaths have occurred as a result of motor vehicle crashes.

What this means for you? 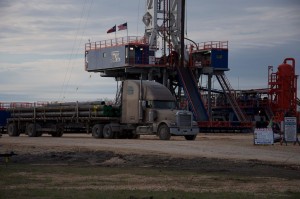 TxDOT’s focus on drivers in the energy sectors of Texas is important for the safety of all drivers.  Increased traffic from oilfield workers and the 18-wheel tractor-trailers that haul equipment and supplies to the oil wells in these areas has led to a rise in traffic accidents.  And, as the data above shows, can lead to a significant increase in fatal and serious injury crashes.  These crashes not only affect the lives of the drivers involved, but also the companies they work for and the families, friends and loved ones of the drivers.

The Law Offices of John David Hart specializes in catastrophic injury cases such as fatality and serious injury cases from crashes involving cars or 18-wheel tractor-trailers.  Our staff is dedicated to doing everything we can to help you and your family through the difficulty and sometimes tragic events after a crash of this nature.  We will work quickly and diligently to make sure your rights and your loved one’s rights are protected.