The results of a recent study published in PLoS ONE found that in “older men, and in younger men with pre-existing diagnosed heart disease, the risk of MI [myocardial infarction] following initiation of [testosterone therapy] prescription is substantially increased.”

Why the study was conducted?

The authors of a recent study, Increased Risk of Non-Fatal Myocardial Infarction Following Testosterone Therapy Prescription in Men, undertook the study because previous studies all “recognized the importance of evaluating risk among those men with and without preexisting heart disease, but did not have sufficient numbers of subjects to adequately assess this issue.”  In addition, the three previous studies were predominantly older men and were unable to address the risk to the younger male population.

This study evaluated whether there was an increased risk of acute non-fatal myocardial infractions (heart attacks) in patients taken testosterone therapy and that this may be particularly strong in patients with pre-existing cardiac disease.  The study also looked at this same issue with young males, those 65 years and younger.

What the study found? 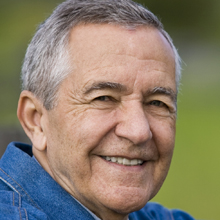 Among men aged 65 years and older, the study found a two-fold increase in the risk of heart attacks in the 90 days after filling an initial testosterone therapy prescription.  This increased risk was present regardless of the cardiovascular disease history of the man.  The risk declined back to the baseline in the 4 to 6 months after the initial therapy started, among those patients who did not refill their prescriptions.  As a result, the study concluded that “the pattern of change in risk by supply of testosterone is consistent with an effect of the drug, and underscores the concerns raised by three recent studies in predominately older men.

Where to go from here 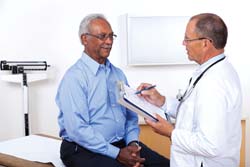 With the continued consistency in findings of the studies conducted linking use of testosterone therapy to an increased risk of heart attack, stroke and death, many experts have begun to call for clinical trials adequately powered to assess the range of risks and benefits associated with testosterone therapy.  It has also been suggested that physicians begin to discuss with their patients the potential risks of increased heart attacks, strokes and death when using testosterone therapy, especially with those patients who have diagnosed cardiovascular disease or are at risk for it.

If you or a loved one has experienced a heart attack or stroke while taking testosterone therapy, contact the Law Offices of John David Hart at 800-247-1623 or johnhart@hartlaw.com to discuss your legal rights.  We are experienced in helping individuals and families deal with the devastating effects of dangerous drugs and are dedicated to helping you during this difficult time.