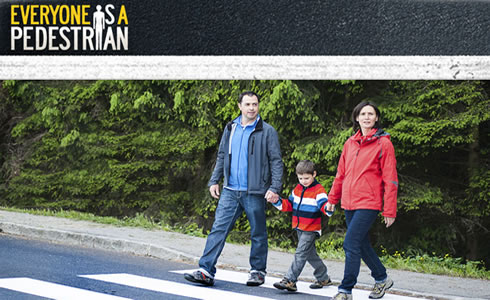 Who is a pedestrian?

For the purposes of this study conducted by the US Department of Transportation, National Highway Traffic Safety Administration, a pedestrian is any person on foot, walking, running, jogging, hiking, sitting or lying down who is involved in a motor vehicle traffic crash.  Pedestrians were considered involved in a traffic fatality if the crash originated on a public traffic way, but not if the crash originated on private property, such as a driveway or parking lot.

When were pedestrians involved in traffic crashes?

Surprisingly, a significant majority of the pedestrians killed in crashes occurred when it was clear or cloudy (88%) as opposed to rain, snow or fog (11%).  In addition, approximately three-quarters of those pedestrians who were fatally injured were involved in urban events.  And, not so surprisingly, 70% of the fatal crashes occurred during the evening hours (defined as 6:00 pm until 6:00 am).

Who is most likely to be injured as a pedestrian?

What can you do as a pedestrian to stay safe? 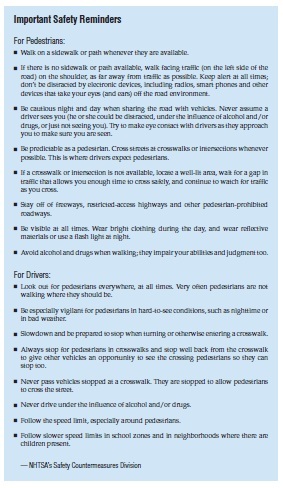