On January 7, 2014, MyPlainview.com published an article regarding the large number of complaints that have arisen in numerous states across the country concerning water pollution and other negative side effects that may be caused by fracking. According to these complaints, “fracking”, a procedure that allows for the release of natural gas by injecting pressurized water mixed with chemicals into deep rock formations, may be causing reduced water flow and well-water contamination.  These complaints call into question the oil and gas industries’ claims that the fracking process does not present environmental risks.

What are the safety concerns associated with fracking? 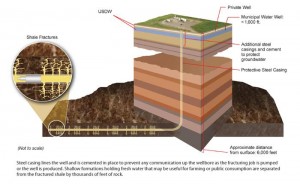 A secondary concern, but one which is still worrisome, is that the fracking process may cause temporary water flow reduction.

Where have the complaints arisen?

The complaints regarding well-water contamination and other negative effects created by fracking have arisen in at least four states across the country, including Pennsylvania, Ohio, West Virginia and Texas. This is not surprising, as these states have experienced immense economic growth because of the oil and gas boom. 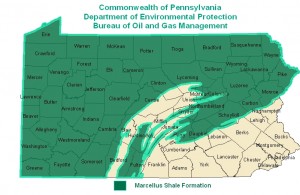 Map detailing counties in Marcellus Shale Formation in Pennsylvania, where fracking occurs to release natural gas in the area (obtained from www.dep.state.pa.us)

According to the Associated Press, Texas has fielded more than 2,000 complaints, with 62 of these specifically alleging well-water contamination. However, according to the Railroad Commission of Texas, “state regulators haven’t confirmed a single case of drilling-related water-well contamination in the past 10 years.” 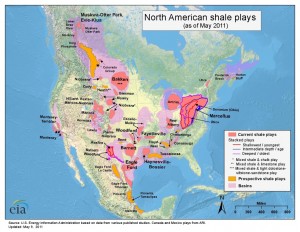 How have the oil and gas industries responded to the safety concerns presented by fracking?

Drillers who work in these industries have indicated that safety is of the upmost importance and that they are mindful of protecting water sources. They specify that the pipes used to infiltrate rock formations are reinforced with steel and concrete to make sure chemicals do not pollute water sources deep within the earth. However, oil and gas companies have had to pay millions of dollars to landowners in the past whose water supplies have been contaminated by pollutants.

What does this mean for landowners?

Although the number of confirmed contamination cases related to fracking appears small, it does point to a growing concern regarding the environmental risks presented by this drilling practice. As more and more exploratory drilling rigs continue to infiltrate areas in Texas such as the Permian Basin, where Plainview is located, landowners will continue to have to deal with the environmental risks presented by fracking.