According to the FDA, the answer is a resounding “No.”

The FDA recently issued a warning to consumers regarding dietary supplements that are marketed with claims to “prevent, treat, or cure concussions or other traumatic brain injuries (TBIs) because the claims are not backed with scientific evidence that the products are safe or effective for such purposes.”  The FDA also is warning consumers to be cautious with dietary supplements that claim they can prevent or less the severity of concussions or TBIs.

“As we continue to work on this problem, we can’t guarantee you won’t see a claim about TBIs.  But we can promise you this: There is no dietary supplement that has been shown to prevent or treat them [concussions or TBIs].  If someone tells you otherwise, walk away.”

What are Concussions and TBIs?

A concussion is a brain injury caused by a blow to the head or by a violent shaking of the head and upper body.

According to the National Institute of Health, a TBI happens when a bump, blow, jolt, or other head injury causes damage to the brain.  TBI can result when the head suddenly and violently hits an object, or when an object pierces the skull and enters brain tissue.

Concussions and TBIs in Athletes 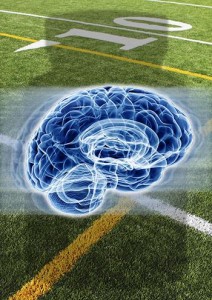 The effects of concussions and traumatic brain injuries (TBIs) are currently a topic of great discussion in connection with athletes and sports.  Concussions and TBIs can also be caused by other traumatic events, such as in tractor-trailer crashes, auto crashes or industrial accidents, or oilfield injuries.  The National Institute of Health has reported that half of all TBIs are from motor vehicle crashes.

There is an increasing body of scientific studies that indicates that if athletes return to strenuous activities too soon, they are at a greater risk of having a subsequent concussion.  The cumulative effect of multiple concussions can be devastating on the brain including brain swelling, permanent brain damage, long term disability or death.  These are serious medical conditions that require the proper diagnosis, treatment and monitoring by healthcare professionals.

The FDA reports that there are approximately 85,000 dietary supplements on the market with no requirement for product registration.  This provides an avenue for products making false claims to slip through the cracks.

The FDA was notified by the US Department of Defense (DOD) of a dietary supplement being promoted to treat TBIs.  This was especially concerning to the DOD because of the possible consequences of its use by wounded veterans.

The products promising to treat and/or cure concussions and TBIs typically tout the benefits of ingredients such as turmeric and high levels of omega-3 fatty acids derived from fish oil.  Turmeric is an Indian spice in the ginger family.  The FDA recommends that omega-3 fatty acids should have a maximum daily level of 2 grams per day from any dietary supplements.

The Director of the FDA’s Division of Dietary Supplement Programs, Daniel Fabricant, Ph.D., warned the public that,

“As amazing as the marketing of claims here are, the science doesn’t support the use of any dietary supplements for the prevention of concussions or the reduction of post-concussion symptoms that would enable one to return to playing a sport faster.”

During its investigation, the FDA identified two companies selling dietary supplements making claims relating to concussions and TBIs.  The FDA has sent warning letters to both companies that their products were not generally recognized as safe and effective for treating TBIs, that the products were misbranded (a legal term meaning, in this case, that the labeling of the products did not have adequate directions for use), and that unless various violations cited were promptly corrected, the violations could result in legal action taken without further notice, such as seizure or injunction.  The FDA reports that in response to the warning letters, both companies have changed their websites and labeling of the products.

More recently, in December 2013, the FDA issued a warning letter to Star Scientific, Inc. regarding its marketing claims for its product Anatabloc.  The company claimed the product could be used to treat TBIs.

Consumers should always be careful of the supplements they take, especially when the use is in an attempt to cure or treat an injury or disease.  Please consider talking with your physician prior to the use of any dietary supplements, especially if advertised for the treatment of or recovery from injuries such as concussions and TBIs.